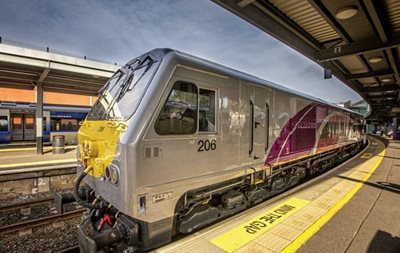 A cross-border hourly train service linking Belfast and Dublin could be in place by the end of next year, the head of Irish Rail has said.

Jim Meade, chief executive of Irish Rail, said extra train fleet coming in this year could see a hourly Enterprise service during peak times in place by the end of 2023.

Discussing the All-Ireland Strategic Rail Review at the Oireachtas transport committee, Mr Meade said moving to a high-speed hourly service linking Belfast, Dublin and Cork is more than an ambition.

He said Irish Rail is looking to replace the entire fleet as part of its plan to revamp the cross-border service.

“That would move us to an hourly service because we don’t have an hourly on currently and we believe there’s demand for that service,” Mr Meade said.

“The hourly service is more than ambition, it’s something we’re going to deliver over time.”

He said Irish Rail’s target is to cut the journey between Dublin and Belfast to 90 minutes. The current journey time is just over two hours.

Mr Meade said there are plans to upgrade existing lines to 200kmph operation.

He said this is something which is “feasible and achievable” and would strengthen journey time competitiveness significantly.

Plans to upgrade train lines to 200kmph would serve the main routes only.

“If you do that, you’ll get there in an hour but obviously we serve a lot of intermediate stations as well.

“The ambition is, that certainly on the Belfast to Cork corridor, we will achieve those kinds of speeds and an equivalent improvement on the branch lines.

“The principle we are working to is that we bring all our major cities to under two hours.”