Lufthansa to launch flights from Belfast City to Frankfurt 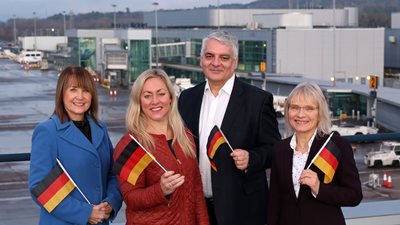 Lufthansa has announced plans to commence operations at Belfast City airport, marking the only direct air link between Northern Ireland and Germany.

The German flag carrier will operate four-times-weekly flights to Frankfurt from April 23, 2023, marking the only direct air link between Northern Ireland and Germany.

Flights will be operated by an Embraer aircraft with both business and economy cabins. Fares start at £155 return and are on sale from today.

This news comes as Lufthansa unveils its 2023 summer schedule, which will also see the airline serve London Gatwick twice daily.

From April 2023, Lufthansa will connect a total of eleven destinations in Great Britain and Northern Ireland.