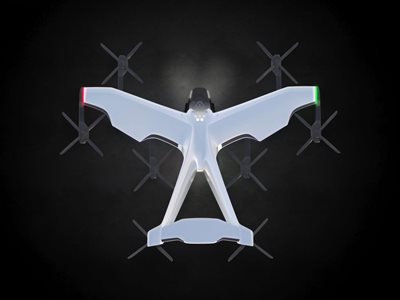 Spirit AeroSystems in Belfast, formerly Bombardier, has signed a deal to the supply the wings for a new multicopter designed for city travel.

The east Belfast plant will make the wings for the Airbus’ CityAirbus Next Gen’s wings.

CityAirbus NextGen is an all-electric, four-seat vertical take-off and landing (eVTOL) multicopter, featuring a wing, according to Airbus.

It has a 80-km range and a cruise speed of 120 km/h "making it perfectly suited to zero-emission flight operations for a variety of applications in major cities", the company added.

Spirit AeroSystems will be responsible for developing and manufacturing CityAirbus NextGen’s wings.

Both partners’ ambition is to achieve a minimum weight solution, while ensuring the highest levels of safety, the two firms said.

"The structural concept of the eVTOL’s fixed wings will be able to transmit the related aerodynamic loads while being optimized for the right balance between hover and cruise efficiency," they added.

Jörg Müller, head of urban air mobility (UAM) at Airbus, added: “The partnership with Spirit AeroSystems is an important step for the development of CityAirbus NextGen and its wings are key structural components for flight efficiency.

“To build an optimized vehicle for cleaner and safer air transport, we are proud to onboard Spirit as a strategic partner who benefits from a proven track record in this field, and extensive experience in component quality and airworthiness.”

Wichita, Kansas-headquartered Spirit AeroSystems describes itself as one of the world’s largest suppliers of aerostructures. It has penned several deals with Airbus supplying  integrated wings and wing elements for the company's  commercial aircraft.

Spirit AeroSystems described the multicopter deal as a further sign of the company’s’ commitment to the UK.

The fully electric CityAirbus NextGen was revealed in September at the Airbus Summit. It is equipped with fixed wings, a V-shaped tail, and eight electrically powered propellers as part of its distributed propulsion system.

CityAirbus NextGen is being developed to fly with an 80 km operational range and to reach a cruise speed of 120 km/h.