We might not have the sunshine, but Florida can still teach us about levelling up 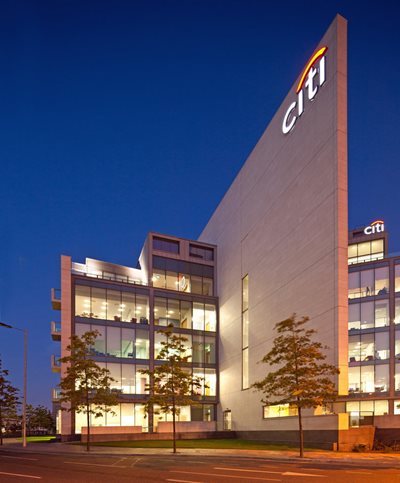 Both the final Tory leadership contenders have pledged to continue Boris Johnson’s commitment to levelling up, despite the risk of raising expectations that will be very hard to meet. When it comes to reducing regional inequality in the British economy, nobody believes the solutions are easy.

It is odd, therefore, that one potentially powerful factor gets so little attention — the shift of jobs by large London-based services firms to other UK cities. Some of this has happened in recent years, but many more jobs could be moved out of the southeast, delivering a big boost to regional economies.

On some estimates, London has more high-skill, high-pay jobs than any other city in the world, many of them in financial and professional services. The growth of these sectors has pushed costs in London through the roof even as technology has made it easier to spread jobs around. If firms can cut costs by perhaps 40 per cent by moving stuff to Manchester or Birmingham, why don’t more do so?

According to John Cooper, a Birmingham-based partner at Gowling WLG, a law firm, the main worry is the availability of talent. The talent pool in London is so deep that it is much easier to recruit in the capital, though it costs more. “That is the legacy of a very long period of time in this country when we have had migration from the north and the Midlands down to the southeast,” he said on an Institute for Government panel. Thus companies looking to move sometimes have to take a leap of faith that they will be able to fill jobs in the longer term. When HSBC decided to put the headquarters of its ring-fenced consumer bank in Birmingham “people thought the bank had lost its marbles”, one senior City figure said. Yet it has been a great success and has helped to attract other firms to the city, including Goldman Sachs.

Sometimes the availability of talent outside London is not a worry but actually the main driver for a move. In 2005 Citigroup was struggling to find technology staff for its London base in Canary Wharf. The American banking giant found there were great technology graduates coming out of the excellent universities in Belfast and it set up a small tech outpost in the city. The extraordinary expansion that followed has lifted Citi’s headcount in Belfast to a projected 3,700 by the end of this year and has spread way beyond technology to dozens of other functions, including 150 lawyers (equivalent to one of the biggest law firms in Northern Ireland) and key global jobs. The head of operations for Citi’s huge worldwide currencies trading business is based in Belfast.

According to James Bardrick, who heads Citi in the UK, the bank’s expansion, and the growth of other professional services firms in its wake, has dramatically widened the local opportunities for graduates who previously would have been lured to London. “If I can get a great job, which doesn’t feel like a provincial job, in a place I love with a lower cost of living than London, why wouldn’t I want to stay?” he said.

One of the political challenges of levelling up is that to some extent this growth has been at the expense of London (although Citi’s headcount in the capital has increased to 10,000 over the period). Yet London benefits by reducing the pressure on house prices, commercial rents and inflation more broadly. If we are entering an era of higher inflation, there is an even stronger case that levelling up would help the whole economy.

Still, there is curiously little government focus on shifting services jobs out of London, perhaps partly because politicians find it much easier to talk about manufacturing. In the words of Giles Wilkes, a former Downing Street adviser who is a senior fellow at the Institute for Government: “You always see them in a high-vis jacket rather than standing earnestly behind somebody’s workstation watching them make a PowerPoint.”

The fact is that, post-pandemic, there is now a great opportunity to encourage more firms to move activities out of London because the shift to hybrid working and virtual meetings has made distributed offices more viable. The impact has been striking in the United States, where since Covid big chunks of Wall Street have decamped from New York to cheaper and, for some staff, more appealing locations, such as Florida.

Miles Celic, chief executive of TheCityUK, a trade body for City firms, believes that the success of Florida in attracting Wall Street firms holds a lesson for Britain. America’s states vie with each other to woo investment with incentives such as Florida’s lack of state income tax (and nice weather). “In the UK, we need to push power further down into the regions and cities, which can turn themselves into laboratories that try different policies and compete against each other,” he said, noting that it was no coincidence that Scotland and Northern Ireland have been better at attracting services businesses.

Bardrick argues that Citi has benefited from very strong partnerships with the devolved administration, universities and schools in Northern Ireland. “We find that in England, talking across the departments and ministries, it isn’t as joined up as it could be. They need to be more empowered locally.”

This call for greater autonomy for English cities isn’t some trendy idea dreamed up by policy wonks in think tanks, it is something that hard-headed business leaders say really makes a big difference on the ground. If the new prime minister is serious about levelling up, they should double-down on regional devolution and do more to encourage London’s services firms to push activities to other regions.

And while they are at it, given that two thirds of financial services jobs are outside the capital, they might ask also why the Financial Conduct Authority still has 97 per cent of its 4,000 staff in London.