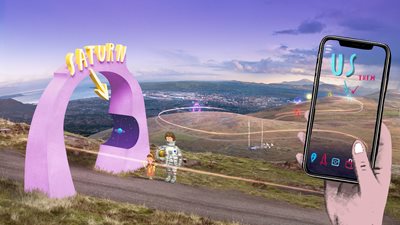 Look out for some unmissable events and unforgettable experiences as an exciting celebration of creativity comes to Belfast and beyond. Walk the solar system atop Divis and the Black Mountain with the Our Place in Space sculpture trail or take part in Dreamachine, an immersive experience exploring the limitless potential of the human mind.

These exciting projects and more are delivered by UNBOXED (link opens in new window), a once-in-a-lifetime celebration of creativity, taking place across England, Northern Ireland, Scotland, Wales and online from March to October 2022.

UNBOXED: Creativity in the UK is funded and supported by the four governments of the UK and is commissioned and delivered in partnership with Belfast City Council, Creative Wales and EventScotland.

Our Place in Space