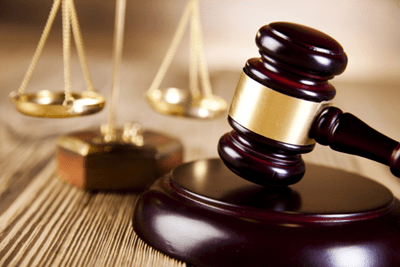 A Belfast man has been sentenced to six months in prison after he admitted killing a dog with a hammer.

A Belfast man has been sentenced to six months in prison after he admitted killing a dog with a hammer.

John Boyle, formerly of Ardilea Court in the north of the city, entered a guilty plea at Belfast Magistrates Court yesterday for causing unnecessary suffering to a Staffordshire bull terrier in November 2017.

Belfast City Council brought the prosecution after animal welfare officers followed up on a report that a dog had been knocked down by a car and injured.

Mr Boyle then took a hammer and killed the dog, placing it in a wheelie bin.

Animal welfare officers attended the property at Ardilea Court and found the dog’s body. They seized a wooden mallet and metal hammer from the property, both with evidence of dried blood on them.

As well as receiving a six month custodial sentence, Mr Boyle was banned from keeping animals for 10 years under Section 33 of the Welfare of Animals Act (Northern Ireland) 2011.

A Belfast City Council spokesperson said: “This was a particularly extreme and harrowing case. Council is committed to thoroughly investigating all complaints around animal welfare issues. Council takes its duty in this regard very seriously and we trust this sentencing will serve as a warning to anyone who mistreats animals.”