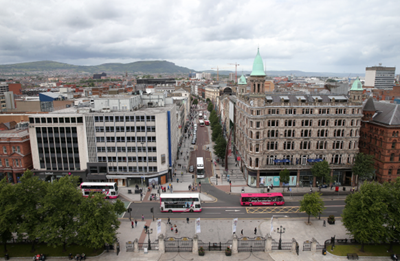 Belfast Region City Deal partners have welcomed news of £350 million investment from Treasury announced by Chancellor Philip Hammond in this afternoon’s Autumn Budget. As part of the deal, the NI Executive is expected to add at least a further £350 million and councils will contribute over £100 million. It is hoped the deal will create up to 20,000 new and better jobs alongside delivering a 10 year programme of inclusive economic growth – including an increase of £470m Gross Value Added (GVA).

Today’s Treasury announcement forms part of a £850 million co-investment package for the city region. It is also anticipated that direct investment from the private sector will take the overall package for inclusive growth to well over £1 billion.

It’s anticipated that once the programme is finalised, a Heads of Terms document will be signed by the Secretary of State and BRCD partners in the next few weeks. This will allow full business plans to be prepared for the projects proposed under the Belfast Region City Deal and release the investment.

BRCD partners fully support other deals for NI and will work to ensure that they are complementary to one another.

For more information on the proposed programme of investment, go to www.belfastcity.gov.uk/belfastregioncitydeal and follow #BRcitydeal on Twitter.