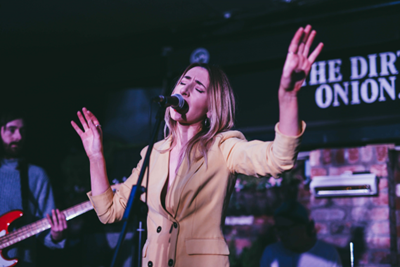 Top names from the global music industry are being lined up to speak at Ireland’s largest music conference, ‘Output Belfast’, which takes place for the fifth year in a row on Thursday 21 February 2019.

For the last four years, the conference has hosted keynote presentations and conversations by many of the globe’s top thinkers and influencers in music -from legendary music producer Steve Albini to London night Czar Amy Lame, from Spotify’s European head of songwriting Jules Parker, to ‘Line of Duty’ composer Carly Paradis. Output Belfast is now recognized nationally as being an unmissable event in the music calendar, both in terms of the daytime activity, and also the evening music discovery and showcasing events.

Organised by Belfast City Council - the conference will include panel discussions, music sessions, workshops and speed networking events as well as keynote speeches from award-winning musicians and managers of globally recognized talent.

Based at The MAC, the conference is expected to be attended by around 600 local artists, businesses and students, and will address the challenges and opportunities that the music industry presents, highlighting the key role that music and performance plays within Northern Ireland’s buoyant creative industries sector.

“Since its inception in 2015, ‘Output Belfast’ has been an invaluable event for those working, or seeking to work, in the local music industry, and the wider creative sector, by providing them with invaluable insights into every aspect of the business, from tips on writing to how to get the results in front of the right people.

“As outlined in the Belfast Agenda, our community development plan for the city between now and 2035, the Council continues to play an important role in the development and growth of the creative economy and the city’s international reputation for its distinct and original creative sector is growing rapidly. Through our support for events such as ‘Output Belfast’ and South By Southwest, we are clearly demonstrating this commitment to support the ongoing development of our creative industries and help both them and the city as a whole reap the benefits they bring to our economy and wider community.”

Among the panels and speakers at the 2019 event will be:

• IMRO present ‘How To Write A Radio Hit’;

• ‘Media Composers vs Music Supervisors - There Can Be Only One!’, featuring Joe Spicer (Channel 4), Oisin Lunny (award-winning composer), Simon Pursehouse (Sentric) and more

To sign up for priority updates on the 2019 edition of Output Belfast, visit www.outputbelfast.com.