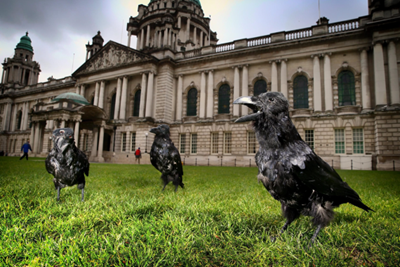 Belfast’s Lord Mayor Councillor Deirdre Hargey has welcomed news that HBO is to convert several Game of Thrones filming locations into tourist attractions to celebrate the show’s incredible legacy in the region.

Belfast’s Lord Mayor Councillor Deirdre Hargey has welcomed news that HBO is to convert several Game of Thrones filming locations into tourist attractions to celebrate the show’s incredible legacy in the region.

The show has wrapped on filming after a decade, and now fans of the multi award-winning series will have the unique opportunity to visit iconic sets from the show, and immerse themselves in the world of Westeros.

Councillor Deirdre Hargey said: “This is really fantastic news for our city. The ‘Game of Thrones effect’ has been a significant driver for tourism growth here in Belfast and across the north of Ireland since HBO began filming here 10 years ago. The show attracts a global audience and a legion of fans, so this will be a welcome addition to our tourism offering and something on this scale is a real game-changer for our growing reputation as a destination city.

“Our Belfast Agenda seeks to increase the value of our out-of-state tourism to £500 million by 2021, so a tourism project of this scale will build on that existing momentum, and it’s a real vote of confidence in the city that HBO has decided to develop this legacy project here.”

She added: “Belfast’s fast-growing appeal continues to attract increasing numbers of visitors from around the world, and, as a result of successfully developing tourism over the past decade, the city is well-positioned to take full advantage of even more growth.

“Tourism attracts more than 6.5 million visitors to the city each year, contributing more than £450 million annually to the local economy while supporting more than 10,000 jobs, so this announcement is another good news story for Belfast and the entire regio.”

In true Game of Thrones fashion, the Game of Thrones legacy attractions will be on a scale and scope bigger than anything the public has ever seen, offering the first opportunity for the public to set foot inside some of the most iconic locations from the series and behind the camera lens to see how the world’s biggest TV show was made.

Each site will feature not only the breath-taking sets, but will also exhibit displays of costumes, props, weapons, set decorations, art files, models, and other production materials. The visitor experience will be enhanced by state-of-the-art digital content and interactive materials which will showcase some of the digital wizardry the series is known for.

Jeff Peters, Vice President, Licensing and Retail, HBO said: “HBO is thrilled to celebrate the work of the Game of Thrones creative team and crew by preserving these locations and inviting fans to visit Northern Ireland and explore Westeros in person.

“We look forward to opening the gates and sharing the excitement of stepping inside these amazing sets with Game of Thrones fans from around the world. The opportunity to celebrate Northern Ireland’s pivotal role in the life and legacy of the show and share its culture, beauty and warmth is also a huge inspiration behind these legacy projects.”

John McGrillen, Chief Executive of Tourism NI added: “We couldn’t be more excited about the Game of Thrones legacy project coming to Northern Ireland. While fans have seen the stunning landscapes, coastlines and mountains in the series, we are thrilled they will now have the opportunity to fully experience the charm of Northern Ireland and immerse themselves in to the world of Westeros.

“The Game of Thrones legacy project will be a game changer for Northern Ireland on the global tourism level. We very much welcome this exciting announcement by HBO and look forward to welcoming many more visitors to our beautiful country as a result.”

Given the unique and impressive nature of the production work in Northern Ireland, HBO is considering including the standing sets for iconic locations such as Winterfell, Castle Black, and Kings Landing alongside a formal studio tour of Linen Mill Studios which will showcase a wide array of subject matter from the series spanning all seasons and settings.

A description of the full scope of the Game of Thrones legacy project will be revealed at a later date after the exploratory process is completed. A tentative targeted open date is currently set for 2019. For more information, please visit www.gameofthroneslegacy.com