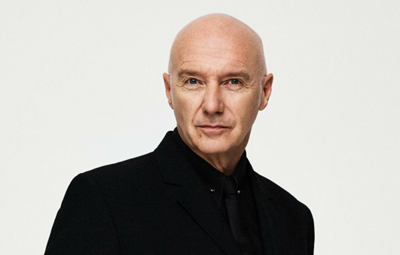 Midge Ure has enjoyed massive success with bands such as Ultravox, Slik and Thin Lizzy. Alongside Bob Geldof he was the driving force behind the legendary Live Aid concert and Band Aid fundraising record. He will be flying in directly from the United States, where he is currently on tour.

For over four decades Broadway and West End star, Kim Criswell, from Chattanooga, Tennessee, has travelled the globe performing with some of the greatest orchestras of our time. She has sung at La Scala in Milan, the Carnegie Hall in New York and the Royal Albert Hall, London.

The concert is BBC NI’s biggest outside broadcast event of the year, offering both home-grown and international talent performing alongside the Ulster Orchestra under the baton of David Brophy. Now in its 17th year, it’s supported by Belfast City Council and remains one of BBC Northern Ireland’s most ambitious, and popular outside broadcasts. Approximately 11,000 people are expected to attend the event at the Titanic Slipways, Belfast.

Lord Mayor of Belfast, Councillor Deirdre Hargey said: “We’re absolutely delighted to see the 'BBC Proms in the Park' back in Belfast after its short one-year absence. The concert is such an fantastic event, showcasing some of our finest musicians alongside world-class international guest stars, all against the wonderful backdrop of Titanic Belfast. It’s a marvellous opportunity for our city to shine, and I am sure that this year’s Proms will be another stunning success.”

Also taking to the Proms stage will be Lurgan-born acclaimed classical-crossover Baritone Karl McGuckin; and the Ulster Youth Choir. The line-up is completed by an appearance from 10 members of the cast of Titanic Dance, the show which tells a heart-gripping love story as the ship makes its maiden voyage across the Atlantic.

This concert will be part of broadcast celebrations to mark the Last Night of the Proms, and will link music-making festivities at London’s Royal Albert Hall with BBC events around the UK. The BBC Proms is the largest classical music festival in the world, with over 90 concerts across eight weeks from July 13 - September 8.

Viewers at home will be able to join in the excitement, with the BBC network television services linking with the Titanic Slipways, offering live coverage of key moments from the evening’s entertainment. Highlights programmes will be recorded for later transmission on BBC NI television, BBC Four and the BBC iPlayer. Selected extracts from the Titanic Slipways will also be available on BBC You Tube and the entire concert will also be broadcast live throughout the evening on BBC Radio Ulster/Foyle.

BBC Proms in the Park in Northern Ireland will be presented on stage by Noel Thompson and Claire McCollum. Extracts from the Belfast concert will be shown across the UK on BBC One and BBC Two on the night. BBC Radio Ulster will also be live throughout the evening from the Titanic Slipways with presenter John Toal. Its coverage begins at 7.30pm.

Viewers will also be able to watch selected highlights from the Belfast concert online at www.bbc.co.uk/proms. BBC One Northern Ireland and BBC Four network will broadcast a television highlights programme shortly after the event in September.

All tickets to the event have been allocated.

Mike Edgar, Head of Entertainment and Events BBC Northern Ireland says: “We are really excited about returning to the magnificent location of Titanic Slipways with a top quality line-up including the superb talents of Midge Ure and Kim Criswell, the sheer brilliance of Avi Avital with Ithmar Doari, some of the cast from Titanic Dance, Lurgan’s very own Karl McGuckin and fellow performers the wonderful Ulster Youth Choir. all alongside the Ulster Orchestra.

"Proms in the Park is a truly unique event with a very dedicated and enthusiastic audience who make it even more of a special evening. I hope everyone attending, watching and listening will really enjoy this wonderful mix of talent.”