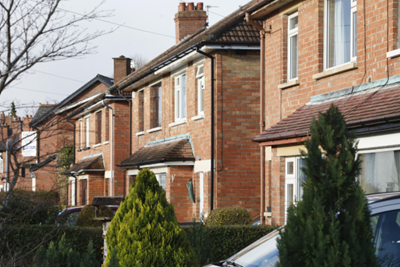 In real terms, the district rate increase will mean domestic ratepayers in Belfast paying, on average, an extra 63 pence per month.

The increase for businesses will be dependent on the Revaluation 2020 carried out by Land and Property Services, which will come into effect in April.

Alderman Brian Kingston, chair of Belfast City Council’s Strategic Policy and Resources Committee, said: “I am satisfied that we have been able to keep the increase below 2% for the sixth consecutive year.

“This has been made possible by making continued efficiencies across Council while also delivering on major capital investment for the ratepayers of the city.

“Two of our new leisure centres have recently opened with another due to open in April as part of our £105m leisure transformation programme.

“We have invested almost £50 million directly into communities across Belfast, funding projects at a neighbourhood level. Council has also invested in projects which are helping to regenerate facilities for our residents as well as those who invest in or visit the city by supporting local tourism, new jobs and social economy initiatives.”

Alderman Kingston added: “As a Council, we have a number of priorities which are of key strategic importance including driving inclusive growth to meet the ambitions of our Belfast Agenda, and taking action to address climate change to ensure Belfast’s future resilience.

“We are also continuing apace to progress the Belfast Region City Deal which will see the UK Government invest £350 million over the next 15 years. And now we have a commitment that this figure will be matched by the Northern Ireland Executive following publication of the ‘New Decade, New Approach’ deal which is great news, not just for the city, but the entire region, and will undoubtedly be a driver for growth.”

A special pull-out explaining more on what your rates pay for will be included in the summer edition of City Matters, Council’s free residents’ magazine, which will be delivered to every home in Belfast in June.

More information will be available soon on our website at www.belfastcity.gov.uk/rates.