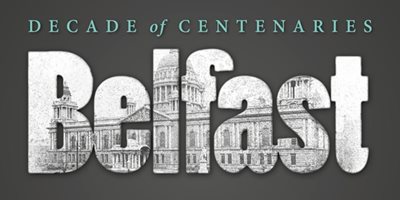 A number of Belfast City Council’s Decade of Centenaries projects have been awarded funding from the Shared History Fund, which The National Lottery Heritage Fund is delivering on behalf of the Northern Ireland Office.

Belfast City Council will receive £87,700 to help deliver the projects over the next 12 months, which include marking the 100th anniversary of the speech delivered by King George V when he opened the Northern Ireland Parliament 100 years ago, this June.

“This is an important year in our Decade of Centenaries Programme, as we mark 100 years since the formation of Northern Ireland,” said Alderman McCoubrey.

“I’m pleased that our funding application to the Shared History Fund has been successful as it will help Council deliver a number of exciting projects over the next year.”

Among the projects Council will take forward is the conservation of two chairs, currently in the Council Chamber at City Hall, which were used by King George V and Queen Mary at the inauguration of the Northern Ireland Parliament in 1921.

Council has also commissioned a drama piece to be performed in the Chamber on June 22 which will include a dramatisation of the King’s speech, and a talk on this period in our shared history by well-known local historian Dr Eamon Phoenix.

Alderman McCoubrey said: “Unfortunately it is not possible to mark this significant milestone in the way that we had hoped, given the ongoing pandemic and restrictions; but I am pleased that people will still be able to find out about this important event in Northern Ireland and Belfast’s history, thanks to the wonders of modern technology.

“Some events will be held virtually, and we will also be creating a digital trail of artefacts and stories relating to 1921.

“I will also be looking to our younger residents to help create a time capsule which will be opened by future generations to reflect in the same way that we are doing now.”

The first event taking place is a panel discussion on March 26, hosted by Tara Mills, entitled: “100 years of Northern Ireland – How has it gone?”

The event will include a range of speakers addressing the theme from a number of different perspectives.

Mukesh Sharma, Chair, Northern Ireland, The National Lottery Heritage Fund added: “We are delighted to support Belfast City Council through the Shared History Fund, a programme we are delivering to help a wide range of groups mark the Centenary of Northern Ireland in a thoughtful, inclusive and engaging way.

For more information visit our Decade of Centenaries page.