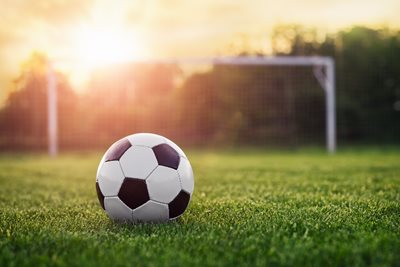 31 clubs, 145 teams and 1,400 grassroots football players will take to pitches across north and west Belfast this weekend to play in the Michael Morrison Foundation football tournament organised by Albert Foundry Football Club, in memory of their former player.

Celebrating its sixth year, the tournament aims to bring young people, coaches, and their families together from different areas and backgrounds through the medium of sport.

She said: “The ethos of this tournament is absolutely fantastic. Sport is such a wonderful way to break down barriers and build positive community relationships, especially amongst our young people. I have no doubt friendships will be forged and fantastic memories made across the weekend.”

She added: “I want to congratulate Albert Foundry Football Club and the Morrison Family for organising the tournament and having the vision to bring this all together. I hope the many wonderful volunteers, coaches, families and most importantly the fantastic stars of the future, our footballers, enjoy the festivities across the weekend.”

Former Lord Mayor and local DUP Councillor, Alderman Frank McCoubrey is one of the tournament organisers. He sees firsthand the positive impact the tournament is having within the community.

Alderman McCoubrey said: “This tournament has grown in size and popularity each year with now well over a thousand young people set to take part in games across the city. Not only is this supporting healthy and active lifestyles, but we’re encouraging our young people to build friendships with others who they wouldn’t normally come into contact with.

“The success of this tournament cannot be underestimated. We’re increasing participation in sport with our young people and particularly amongst girls, we’re redirecting them from interface trouble and most importantly we’re building positive community relations which can be nurtured and improved for years to come.”

He added: “It’s fantastic to have our Lord Mayor join us at our opening ceremony and I’m looking forward to an exciting weekend of sporting action.”