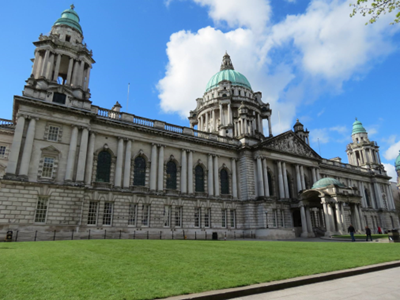 Belfast City Council is to step up its efforts to tackle anti-social behaviour in the south of the city following concerns raised by residents.

Belfast City Council is to step up its efforts to tackle anti-social behaviour in the south of the city following concerns raised by residents.

Council is putting additional resources into the Holylands and Lower Ormeau areas this week, and officers will be carrying out joint patrols with PSNI.

Members of Belfast City Council’s People and Communities Committee held a special meeting on Tuesday (29 October) night to discuss recent incidents in the wider university area, and reiterated their commitment to doing everything they could to help address the issues.

A Belfast City Council spokesperson said: “We are in ongoing discussions with residents and are doing everything we can to address anti-social behaviour in the area, in partnership with the PSNI, university and colleges, and other statutory agencies.

“Council increases its resources in the area at key times in the academic year, including Halloween, and this week we have agreed to target extra resources in the Holylands and Lower Ormeau areas to tackle issues such as noise and on-street drinking.”

Councillor Collins added: “Over recent days and weeks, councillors have heard from long-term residents about the impact this kind of behaviour is having on their daily lives. While additional resources are to be welcomed, Council needs to work with our city partners, including Department for Communities and Department for Infrastructure to identify and bring forward regeneration projects which will help transform the area and deliver a longer-term solution for residents.”

As part of the joint enforcement work with PSNI, council officers will also be calling with licensed premises as well as examining the legislation provision around liquor and entertainment licensing with PSNI, Department of Justice and the Department for Communities.

Mobile CCTV is also being deployed in the area.