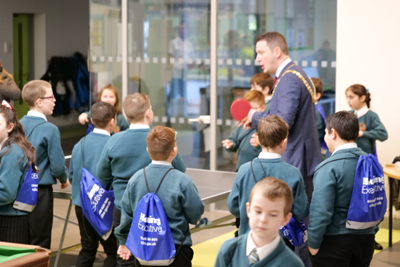 It is hoped by FBTCC that the film will help to deter those who may become involved in car crime as bereaved families share their personal stories of love, loss and perseverance through tragedy.

The charity will also be distributing the film to schools, youth centres and community groups along with information about programmes and projects offered by the charity.

This educational film project has been supported by the families of victims, Auto Crime Team and the Department of Justice.

Speaking ahead of the launch, Councillor John Finucane, Lord Mayor of Belfast, said: “This powerful and thought-provoking film underlines the serious dangers associated with car crime and joyriding. As you will see, families are left devastated by the actions of those involved. I commend the Families Bereaved Through Car Crime group for taking the brave steps in leading on this project and encourage everyone to support their efforts and campaign to bring an end to car crime.”

The film sends a strong emotional message to those who may support those involved in or those contemplating getting involved in death driving. It also makes it clear to parents, families and communities of the long term ripple effect of the pain and loss suffered by families directly affected.

Tommy Holland of FBTCC said: “I would like to thank everyone for their brave and very emotional input into this very important FBTCC Film message. I would also like to thank Bayview Media for their professionalism and especially their empathy and dedication in working with those families interviewed and putting ‘The Ripple Effect’ together.”

The Ripple Effect can be viewed on Families Bereaved Through Car Crime’s social media channels.