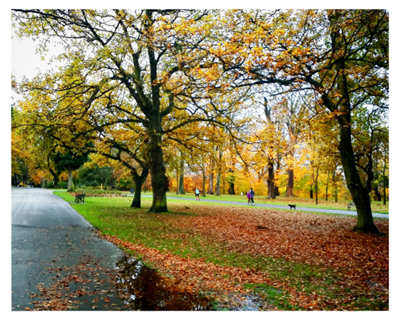 Three parks in Belfast – Ormeau, Falls and Woodvale – could be open for 24 hours over the summer as part of a pilot scheme to make the city’s parks more accessible.

Three parks in Belfast – Ormeau, Falls and Woodvale – could be open for 24 hours over the summer as part of a pilot scheme to make the city’s parks more accessible.

The extended opening hours would be supported by an animation programme to make the parks user friendly in the evenings.

The proposal was agreed at last night’s People and Communities Committee with the recommendation now subject to ratification by full Council at its next meeting.

The pilot scheme is proposed to run from the start of June to the start of September in the three parks and be subject to ongoing review and evaluation.

Information sessions will be held with park users and residents living nearby about the scheme.

Councillor Michael Collins, Chair of the People and Communities Committee, said:
“Our Belfast Open Spaces Strategy (BOSS) proposes a number of key priorities to our parks and open spaces over the next 10 to 15 years – among these, providing welcoming, shared spaces; improving connectivity to the city and boosting the health and wellbeing of our residents and visitors who use our parks and open spaces.

“Other cities like Paris, have also found that by keeping parks open they become better used by communities, which in turn brings spaces to life and also have the potential to reduce anti-social behaviour.”

The three parks would join a number of other parks and open spaces that are already open or partly accessible at night. These include Connswater Greenway, Barnett Demesne, Ligoniel Park and Clement Wilson Park.