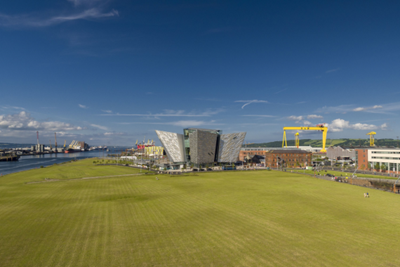 People from across Belfast and beyond are being invited to be part of an exciting filming project, set to be unveiled at this year’s Culture Night.

People from across Belfast and beyond are being invited to be part of an exciting filming project, set to be unveiled at this year’s Culture Night.

Up to 2,000 volunteers are being sought to take part in the special filmed project, which will take place in the Titanic Quarter at lunchtime on Wednesday 12 September.

Led by Belfast City Council, in partnership with a wide range of city partners, the special event will shine the spotlight on Belfast and the many and varied people that make our city great.

Organisers are keeping their cards close to their chest for now but promise that it will be an energetic event, which will produce a short film to highlight the ‘energy of our city and the diversity of its people, creating a real sense of civic pride.’

Lord Mayor of Belfast, Councillor Deirdre Hargey, said: “This is a really fun project and a great opportunity for people from right across Belfast to be part of – we’ll even throw in a free lunch.

“We don’t want to give too much away at the minute because we’re trying to keep it under wraps until Culture Night, but it will be a fantastic experience for those taking part and a real talking point.”

She added: “What I can say is, this will be a really positive way of profiling our city and I’m really excited to see the finished project, which will be shown as part of Culture Night in September.”

Susan Picken from Culture Night said: "This is an incredibly exciting project and we are looking forward to unveiling the results at this year's Culture Night."

People from right across the city including, businesses, schools, community groups, youth organisations, sports teams and visitors to Belfast are all being encouraged to take part and to find out more by registering their interest by emailing tellmemore@belfastcity.gov.uk