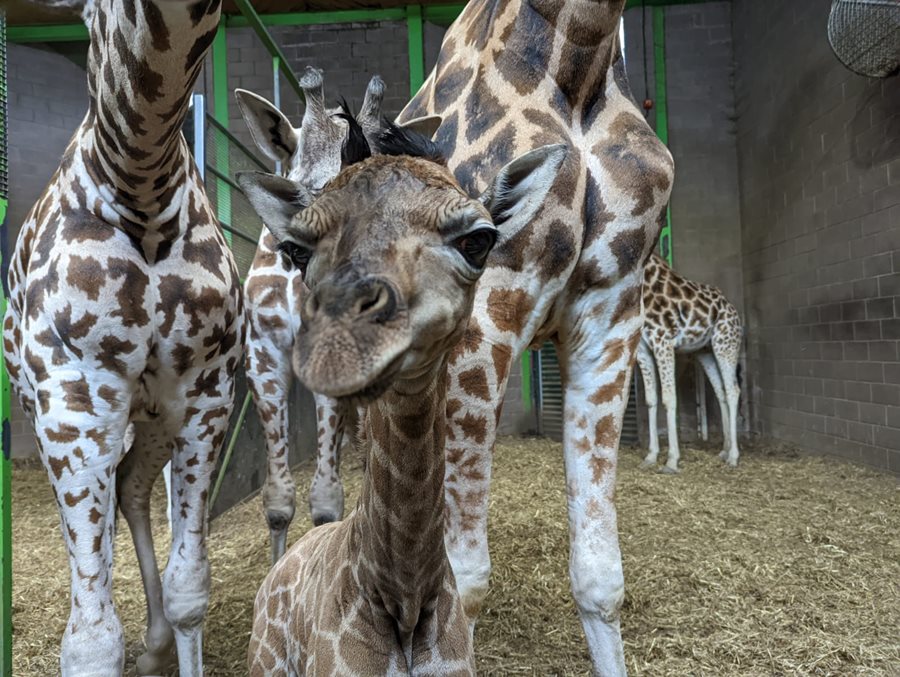 Proud mum, Casey, laboured for two hours and gave birth naturally at 2.30pm, inside the giraffe house, which was closed to the public to provide privacy for bonding. Zookeepers report that the male calf is doing well and that Casey is doing a great job. Casey is a second time mum, after giving birth to Ballyronan in May 2020.

Belfast Zoo traditionally names giraffes after places beginning with “Bally”. The male Rothschild’s giraffe calf is named Ballyhenry, a townland in County Antrim, which was chosen by Curator Raymond Robinson.

New-born giraffes usually weigh around 100kg and are around 5 feet 9 inches tall, but little Henry measures 5 feet 7inches. Rothschild’s giraffes are one of the most endangered giraffe subspecies. Estimates suggest that only around 2,000 remain in the wild, due to illegal hunting for meat and hide and a continuing loss of habitat.

Sustained conservation action has helped the general giraffe population move from ‘endangered’ status to ‘near threatened’ on the International Union for Conservation of Nature (IUCN) Red List, but the Rothschild’s giraffe subspecies remains endangered.

Alyn Cairns, Zoo Manager, said “We’re delighted to welcome little Henry to the herd at Belfast Zoo. We first welcomed Rothschild’s giraffes in 1988 and have since celebrated the birth of 39 calves. We’re proud to participate in a European breeding programme and collaborate with zoos around the world. Our breeding success helps to ensure that that there is a ‘safety net’ population of this endangered subspecies.”

Visitors can see the new calf and its herd at the giraffe house or outside in the giraffe paddock at Belfast Zoo daily from 10am until 6pm (last entry is currently 4.30pm).