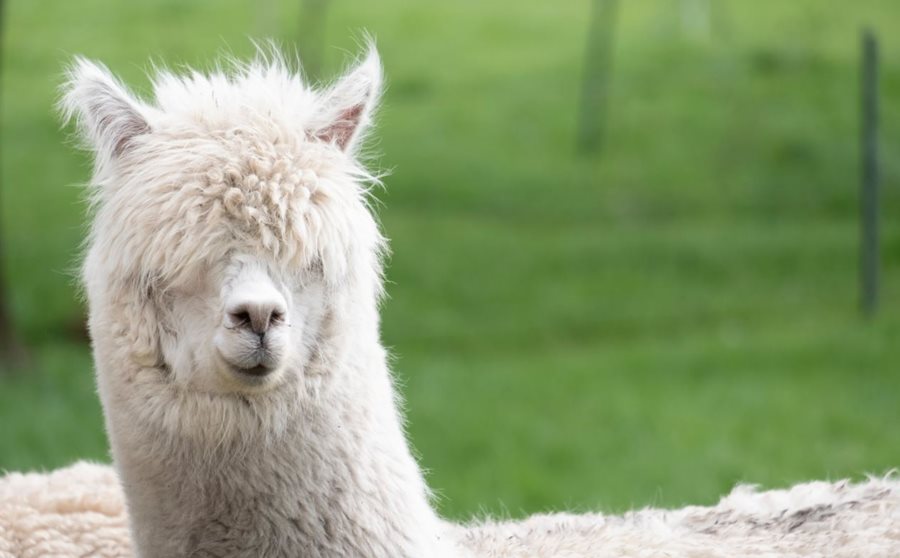 Three male alpacas have arrived at the zoo!

Named after three peaks in the Mournes, Donard, Binnian and Croob, the alpacas are less than a couple of years old. Their names have been chosen as a nod to where they came from as they were bred locally in the Mournes.

A new species for the zoo, the alpaca is similar to the llama and is a smaller domesticated camelid of South America. Alpacas are not only smaller than llamas, they are also much softer with a woollier coat.

Recent research has also confirmed that alpacas are the domesticated form of the vicuña, another camelid which the zoo also houses at the top of its Cave Hill site.

Zoo Curator, Raymond Robinson, commented, “We are thrilled to have a new species at Belfast Zoo. The three boys have settled in really well and they have already won the hearts of the keepers. They are such docile, gentle animals, you just can’t help but smile when you are around them. They will be a huge hit with the public when they go on show.”

The Ancient Incas first domesticated the alpaca more than 6000 years ago. They made robes of alpaca fur for nobles and royalty. They are friendly, sociable mammals that prefer to live in herds. However, they spit as a defence mechanism to ward off unwanted attention.

Visitors can view the alpacas which will be housed at both at the zoo’s farm and in their new paddock which is located at the former ‘rose garden’ close to the zoo entrance.

Belfast Zoo is open every day from 10am to 6pm with last admission at 4.30pm.