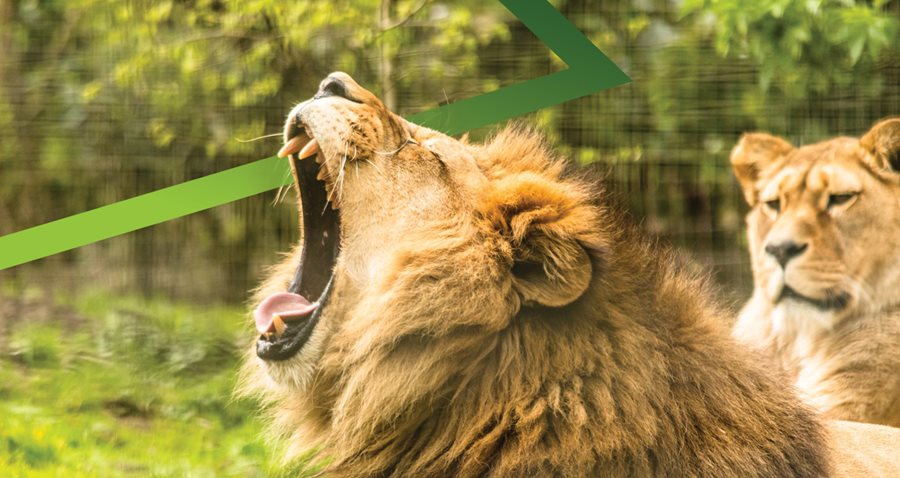 We have welcomed our busiest year in ten years! Since reopening in April 2021, almost 280,000 people visited our site over the past year. We experienced several record-breaking months with our busiest June, July, August, December and January in over twenty years.

Andrew Hope, Zoo Manager, commented: “We would like to thank everyone who visited and supported the zoo over the last year and during the pandemic. This has been a challenging time for many businesses, and we are grateful for the renewed support from the local community and increased trade from the ‘staycation’ market."

“Last year we focused on reopening safely, however this year we can now focus on getting back to ‘normal’ with the return of regular events and activities. We have some exciting developments coming over the next few months including a new visitor picnic area at the top of the zoo which is due to open later this month.”

Several births of critically endangered species helped to contribute to our successful year, including the first Western lowland gorilla born in Belfast in seven years. The male infant who is now six months old was named Kofi following a public vote.

We have also welcomed the recent birth of a rare François’ langur, also known as a Francois’ leaf monkey. Born on 2 March, this is the second of it’s kind to be born at the zoo in the last year. The arrival of both infants is news to be celebrated as numbers of this lesser-known primate are estimated to be less than 2000 in the wild.

Andrew Hope, Zoo Manager, said: “Public support is essential for zoos as we aim to educate and inspire our visitors about wildlife conservation. We are home to 120 different species, many of which are facing increasing risk of extinction in their natural habitat. We take part in over 60 collaborative breeding programmes which help to manage populations under threat."

"Animal births are always something to celebrate, however welcoming 33 births, two thirds of which were endangered or critically endangered, in the last year at Belfast Zoo is very special. We are looking forward to introducing some new species to our collection in the coming months and continuing our programme of improvement works around the 55-acre site.”

Other species born at the zoo in the last year include cotton top tamarin twins, crowned lemur, vicuna and Fiji banded iguanas. Last month we welcomed two critically endangered Eastern bongo calves born within weeks of each other. A trio of adult males, including a maned wolf, blesbok and black and white colobus monkey, arrived at the zoo recently as part of European breeding programmes.

Andrew Hope added: “Animal care and welfare is at the heart of what we do. Another success in the last year was receiving three British and Irish Association of Zoos an Aquariums (BIAZA) awards, including one for Animal Behaviour and Welfare. This industry award recognised our staff and veterinary work in helping an elderly chimp, Lizzie, regain her health after experiencing two strokes.”

Last year, we were also awarded a Silver Green Tourism Award and received the first ever Community Champion Award from the Ehlers-Danlos Support UK (EDS) in recognition of the accessibility improvements we have undertaken.

We are open 10am to 6pm every day over Easter. Free activities are planned for Monday 19 April (Easter Monday) and Tuesday 19 April from 10am to 4pm including:

It is essential to book your tickets online to help maintain comfortable capacity levels, reduce queuing, and ensure the best possible experience for all visitors.